CALL NOW
EMAIL ME
TEXT ME 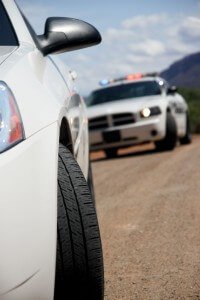 If you live in Rhode Island and have are charged with a DUI, you need to take this charge very seriously. If you don’t seek the advice of an experienced Rhode Island DUI Attorney, you are at risk of losing your license, paying steep fines and even going to jail.

DUI’s in the State of Rhode Island:

Like most states, driving a vehicle (car, motorcycle truck, boat or other motor vehicle) with a blood alcohol content (BAC) of .08 or above is against the law. There are exceptions to this limit:

Besides alcohol, you may also get a DUI by driving after ingesting controlled substances like:

If you are arrested for a DUI in our state, it is critical that you get the best Rhode Island DUI attorney you can afford. It is important that you retain a local attorney since they know the state driving laws and recent changes in local laws that could impact your case.

Your best choice for legal representation is Rhode Island DUI Attorney Chad F Bank. Bank is well-qualified and previously served as Rhode Island Special Assistant Attorney General from 2016 through 2019. During his tenure he was appointed to prosecute Chemical Test Refusal Cases, a high-profile position that garnered him vast experience dealing with DUI’s. In that role he prosecuted criminal cases throughout the state. He has seen how the legal system works from both sides.

Today, Attorney Bank is one of the top Rhode Island DUI Attorney’s. His office is next to the Providence courthouse, making it easy for clients that are due in court. Attorney Bank prides himself on:

Chad Bank received his B.A from Stonehill College in Easton, Massachusetts, and his J.D. from Roger Williams University School of Law in Bristol, Rhode Island. Two very impressive schools. Handling all state and federal criminal cases, he is a member of the RI Bar and the United States District Court for the District of Rhode Island. Along with a wealth of training and first-hand experience, he stives to get the best outcome for his clients.

If you are accused of driving under the influence, make sure you seek representation from the best Rhode Island DUI Attorney, Chad F Bank. For more information make an appointment at 401-205-8988.

In Rhode Island, and in all states, it is against the law to drive a motor vehicle – a car, a truck, a motorcycle, a boat or any other motor vehicle - while intoxicated. If you are witnessed driving erratically or violating Rhode Island state traffic laws, the Rhode Island police – state or municipal - may stop you. If the police believe that you are intoxicated they may ask you to submit to a field DUI/DWI sobriety test. They may also measure your blood alcohol content by either asking you to submit to a Breathalyzer test or by requesting a blood and/or urine sample.

Driving with blood alcohol concentration (BAC) of .08 or above is illegal. The .08 percent limit is the metric used by all states to establish whether or not a vehicle driver is ‘drunk’ or ‘impaired. However, this limit does not apply to all drivers:

The Rhode Island DUI law includes DUI (driving-under-the-influence) of controlled substances e.g marijuana, cocaine, and variety of other drugs. If you have been charged with DUI ( driving-under-the-influence ) in Rhode island, also known as DWI (driving while intoxicated) or OUI (operating under the influence), you need a highly qualified, talented, DUI attorney who:

If you have been charged with DUI, DWI or OUI you are aware that you will be charged with any of these crimes, it is extremely important that you take the steps to protect yourself throughout your criminal trial proceedings.

Your first step would be to meet with Criminal Attorney Chad F Bank, who has a strong, successful, record as a criminal defense lawyer. Without a strong legal defense, you could face serious jail time and fines.

The following is a list of applicable Rhode Island state laws:

EMAIL FOR A
FREE CONSULTATION